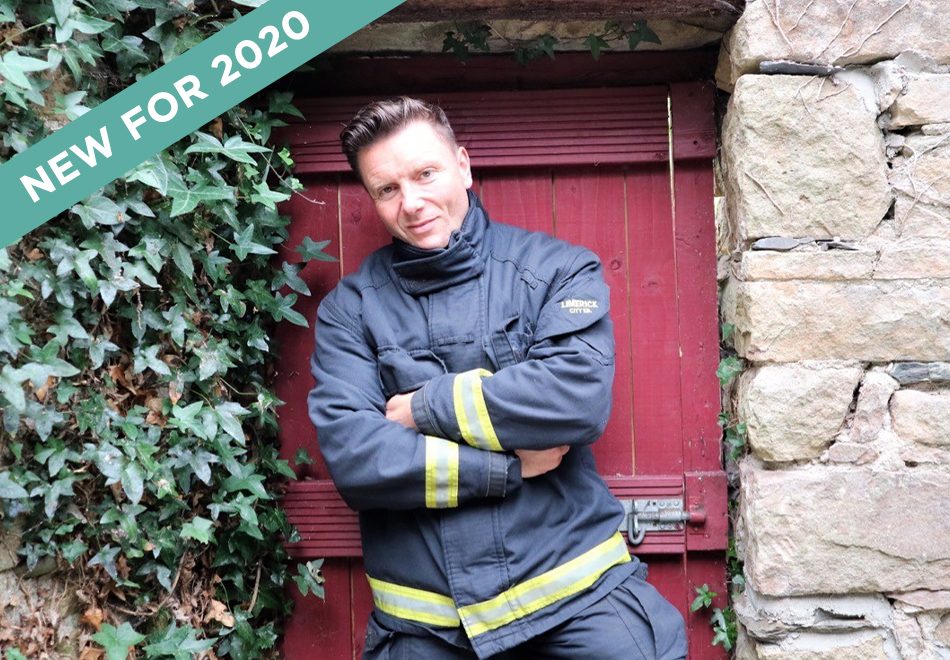 If ever food and fitness created a bond among a group of people, it’s in the fire service.
The working conditions of a firefighter can be stressful and test not only the physical ability of firefighters, but also their mental strength so it is vitally important that firefighters are well fueled and fit for duty to best tackle the challenges that face them.

I am Paul Knapp, “The Firefighting Chef”.
I’ve been a firefighter for over 28 years in London Fire Brigade and now serving fulltime on the west coast of Ireland.I present a bi-monthly plant powered cooking segment on Virgin Media One’s flagship breakfast show Ireland AM.
Leaving school at 15, I trained as a chef in London, my home town, before travelling and working in restaurants around the world, navigating the globe east to west. I returned to London, where I found my calling in the fire service in the early 90s before my move to Ireland in 2000.

As a plant-based foodie, I bring my “it’s just food” attitude to the dining table of the firehouse and into the nation’s homes through my regular TV segments breaking down myths and taboos of a plant powered diet.
As a firefighter fitness in woven into the very fabric of my life both on and off shift and love to push myself to my mental and physical limits competing in marathons as well as Ireland’s  toughest endurance race “The Race” in Co. Donegal.
I just simplify the complicated after all its just food …..